Holiday Hours: ABFM offices will be closed on November 24, 2022. The ABFM Support Center will be available from 8am – 5pm EST on November 25. 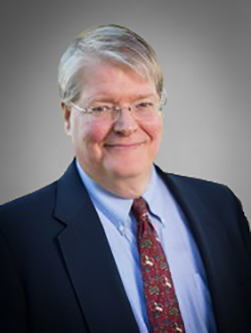 Warren Newton, MD, MPH, serves as President and Chief Executive Officer for the American Board of Family Medicine (ABFM).  As President and CEO of the ABFM, he also oversees the ABFM Foundation and Pisacano Leadership Foundation.

Dr. Newton previously served as Executive Director of the North Carolina Area Health Education Center (NC AHEC), a national leader in practice redesign, continuing professional development, health careers programming, and innovation in graduate medical education, and Vice Dean of Education at the University of North Carolina (UNC) School of Medicine. From 1999–2016 he served as the William B. Aycock Professor and Chair of Family Medicine at UNC.

Dr. Newton has served as a personal physician for 34 years, working in a variety of settings, including the UNC Family Medicine Center, the Moncure Community Health Center, and the Randolph County Health Department. In the 1990s he founded the first hospitalist program at UNC Hospitals and helped reorganize family medicine obstetrics into a maternal child service. For the last 15 years he led practice transformation initiatives at the practice, regional and statewide levels; North Carolina AHEC now provides ongoing support for health information technology, Patient Centered Medical Home, and quality improvement for over 1,200 primary care practices.

As an educator, Dr. Newton served as residency director at UNC from 1992–1997, and for 14 years he has co-led the I3 collaborative of 24 primary care residencies focused on clinical transformation in the residency practices. He has also taught extensively in medical school and fellowship programs. He served as Vice Dean of Medical Education at the University of North Carolina from 2008–2013, during which he lead an LCME review, expanded the school, established satellite campuses, developed new curricula in professionalism and population health, and expanded the enrollment of underrepresented minorities. Dr. Newton’s scholarship has focused on the organization and effectiveness of health care; he has over 150 peer reviewed publications, including over 80 published with residents, and has been principal investigator on grants totaling more than $45,000,000. From 2012 to 2017 he served on the Board of Trustees of the North Carolina State Health Plan, responsible for the health and health care of approximately 700,000 state and county employees and retirees. Finally, in 2016 he served as Senior Policy Advisor to the North Carolina Secretary of Health and Human Services, helping to prepare the Medicaid 1115 innovation waiver, plan rural residency expansion, and lead a statewide process to develop quality metrics for Medicaid and other insurers.

Continuously board-certified in family medicine since 1987, Dr. Newton served on the ABFM Board of Directors from 2007–2013, including his term as Board Chair in 2011–12, and served as a Director on the ABFM Foundation Board of Directors. Dr. Newton also brings experience working with the American Board of Medical Specialties (ABMS), where he serves as a member of the ABMS Committee on Continuing Certification, including a term as one of its founding chairs in 2014.

Additional national roles in which Dr. Newton has served include President of the Association of Departments of Family Medicine, Founding Chair of the Council of Academic Family Medicine, and the Liaison Committee of Medical Education (LCME). He currently serves on the planning committee of the National Academies Global Forum on Innovation in Health Professional Education.

Dr. Newton graduated from Yale University in 1980 and Northwestern Medical School in 1984. After residency and chief residency at the University of North Carolina, he completed the Robert Wood Johnson Clinical Scholars Program and an MPH at UNC. In 2012–13 he served as a Society of Teachers of Family Medicine (STFM) Bishop Fellow, during which he also completed the American Council of Education Fellow’s program.

Dr. Newton is married and has two children. His wife Anna is a cardiovascular epidemiologist working with the ARIC study; she has academic appointments at the University of Kentucky College of Public Health and the UNC Gillings School of Global Public Health. Their daughter is working on her PhD at Dartmouth, studying how ACOs are incorporating mental health care. Their son is doing a post-bac while working as an EMT in the Boston area.