For all the latest Covid-19 and stage extension news, visit www.theabfm.org/covid-19. 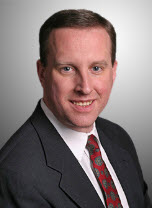 Thomas R. O’Neill, Ph.D., has served as the Vice President of Psychometric Services at the American Board of Family Medicine (ABFM) since 2008. In this capacity, he has transitioned the scoring of ABFM examinations from a norm-referenced model to a criteria reference dichotomous Rasch model. He imposed a single scale that is used across administrations and on the in-training, initial certification, and recertification examinations, which makes measuring changes over time possible. Building on those enhancements, Thomas developed the Bayesian Score Predictor to predict a resident’s probability of passing the certification examination in their third year of residency. This helps program directors identify residents who may need some additional attention. Thomas also reaches out to program directors to share information about new examination innovations. He does this by speaking annually at the Program Directors Workshop and the Residency Program Solutions meetings.

Prior to joining the ABFM, Thomas served as the Associate Director of NCLEX Examinations at the National Council of State Boards of Nursing (NCSBN). He helped them transition to a new testing service, provided psychometric oversight of the computer adaptive nurse licensing examinations, supervised the examination administration department, and worked to address those rare instances of candidate misconduct. Thomas also directed activities and recruited members for the NCSBN’s Joint Research Committee.

Earlier, Thomas was a psychometrician for the American Dental Association and provided psychometric support for the admissions tests and the national licensing board examinations for dentists and dental hygienists. Prior to that, he worked for the American Society of Clinical Pathologists’ Board of Registry (ASCP-BOR), using multifaceted Rasch models to score four different performance examinations in such a way that the effects of rater severity and item difficulty were removed before computing the examinee’s score. He also managed the scoring for 20 different computerized adaptive tests in medical technology as well as the in-service examination for pathology residents. Prior to working for ASCP-BOR, Thomas worked for the American Registry of Diagnostic Medical Sonographers in almost all roles found at a certification board. During the scoring season, he would work very long hours with his good friend, the NCS Sentry-2000 scanner, to ensure that the answer sheets were accurately read.

Thomas is personally committed to promoting great measurement in arenas that matter. This is not only reflected in his employment choices, but also in his choices of volunteer service. He served as a commissioner for the National Commission for Certifying Agencies and on the editorial boards of the Journal of Applied Measurement and the journal Family Medicine. He also founded a psychometric intern program at the ABFM.

Early in his career, Thomas left his native Cincinnati to serve in the U.S. Army with military intelligence units in the 1st and 3rd Infantry Divisions, Mechanized. After he completed his military service, he earned a bachelor’s degree in psychology as well as a master’s degree in clinical psychology at Xavier University. He later earned a Ph.D. in educational psychology from the University of Illinois at Chicago.