ABFM stands with those who oppose racism and violence: A Message from ABFM Board of Directors 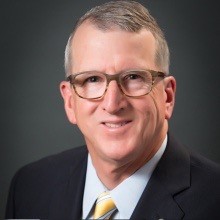 Dr. Blair is a fourth-generation primary care physician who, after graduating from East Carolina University School of Medicine’s Family Medicine Residency, joined his father—a charter Diplomate of ABFM—to practice back in his hometown of Wallace, NC. He has provided care in this same community since 1989, as the practice has evolved through the years from a small group to solo to now being part of Vidant Health Physicians’ practice network. In addition to his clinical responsibilities, he currently serves as a regional Medical Director for Vidant Health, as well as Medical Director for Population Health.

Over the years, Dr. Blair has been an active leader at the practice, community, health system, state and national levels.  Embracing new models of care, Dr. Blair led the transformation work at the practice level to become a Level III Patient Centered Medical Home, and he provides leadership in the regional Accountable Care Organization. At the community level he has served as a member of the Duplin County Board of Education, the Duplin County Parks and Recreation Board , and as a member and President of the Wallace Chamber of Commerce. At the state level, he has been a board member and Chair of the NC United Methodist Camp and Retreat Ministries Board and was on a consensus panel for “Move More: North Carolina’s Recommended Standards for Physical Activity in Schools.”

Dr. Blair is perhaps most known for his state and national level leadership with the American Academy of Family Physicians (AAFP). He held many leadership positions with the North Carolina Academy of Family Physicians (NCAFP) including vice president, president-elect and president. During his time as President of the NCAFP, he led the development of a community initiative that involved family physicians and the North Carolina Cooperative Extension Services. Together the two groups developed resources to combat childhood obesity statewide.

At the national level, Dr. Blair served as both alternate delegate and delegate to the AAFP’s Congress of Delegates. He is a former member of the Committee on Rural Health and the AAFP Commission on Health of the Public, serving as its Chair. Dr. Blair served on the Board of Directors on the AAFP from 2014–2017.

Throughout his career, Blair has received many awards and accolades. He has received the North Carolina Academy of Family Physicians Community Teaching Award, the Distinguished Service Award and the North Carolina Academy of Family Physician’s 2006–2007 Family Physician of the Year Award. He continues to teach medical students and residents in his family medicine practice in Wallace and is one of the most highly rated preceptors for Brody School of Medicine students completing their third-year family medicine clerkship.

Blair earned his bachelor’s degree in Biology from the University of North Carolina at Wilmington. He earned his medical degree from the East Carolina University Brody School of Medicine, Greenville in 1987 and subsequently he completed his Family Medicine residency in Greenville in 1990. He is married to Jennifer Tyndall Blair and they have three grown children. In his free time, Dr. Blair enjoys sailing his boat off the coast of Wilmington, NC.